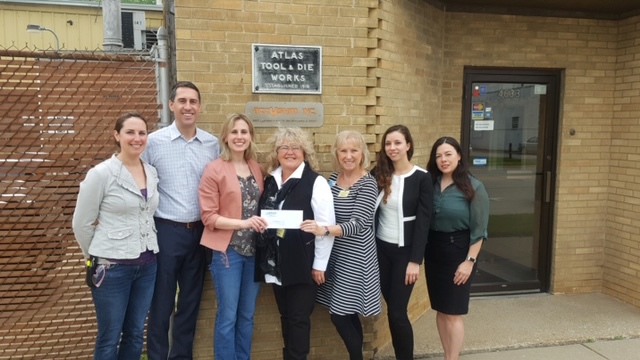 Superior Joining Technologies, Inc. (SJTI) president, Teresa Beach-Shelow, is known throughout Rockford and the manufacturing community as an advocate for local industry growth and empowering women in a traditionally male-dominated space—a stereotype that is quickly changing. In fact, according to a Deloitte article, Women in Manufacturing: Stepping Up to Make an Impact that Matters (2017), “more than half of women (58%) have observed some positive changes in their industry’s attitude toward female professional employees over the last five years.”

As a part of Teresa’s efforts to improve local manufacturing both professionally and personally, she is involved in a number of industry organizations and associations—including her involvement as a part of the board of directors for the Technology and Manufacturing Association (TMA).

Earlier this month, Teresa accepted a sizeable donation to the TMA Education Foundation on behalf of the TMA Board of Directors and Women in TMA. The donation was made by Atlas Tool Works, Inc., an active member of the TMA.